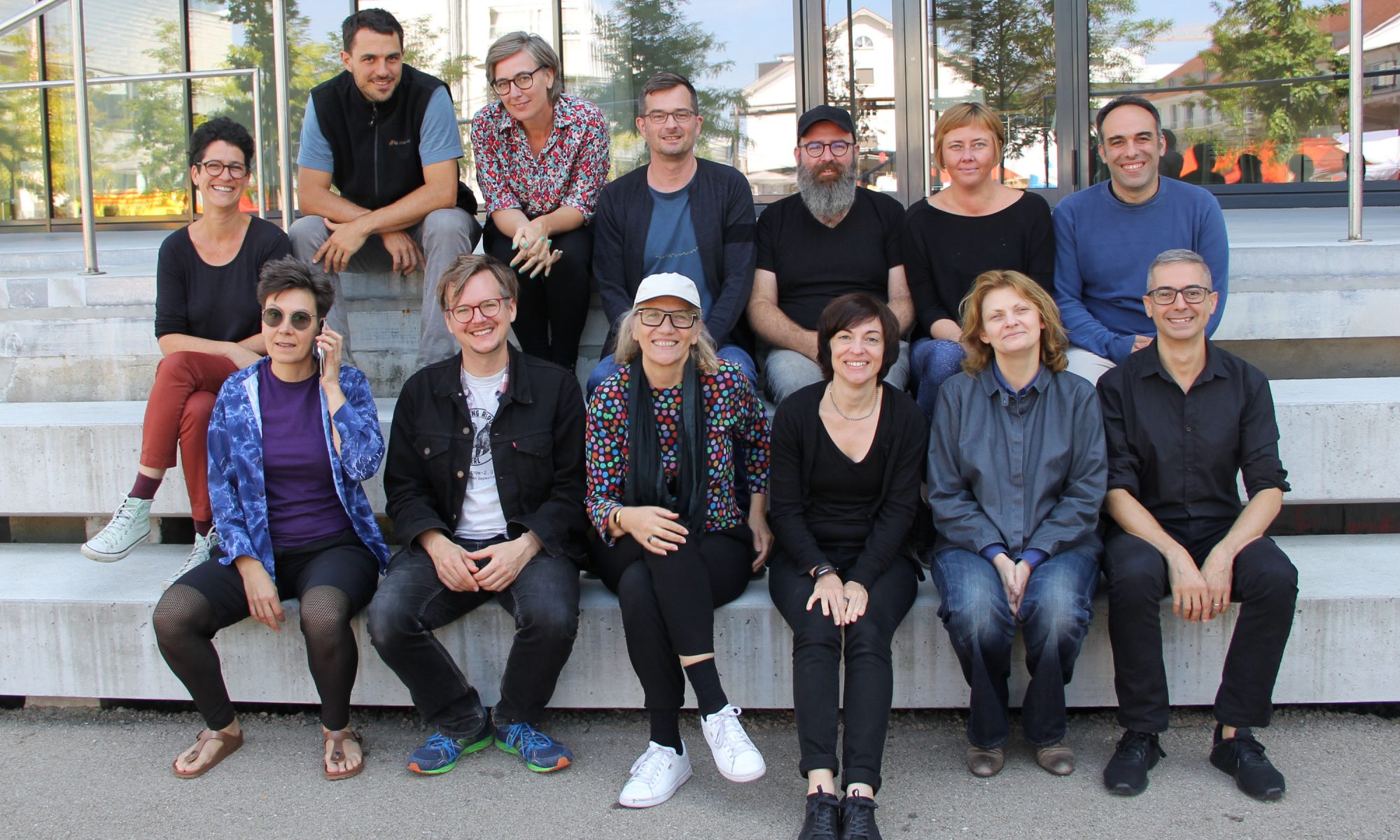 The evening before the workshop, the talk of cultural theorist and curator Daphne Dragona opened the topic of artistic practise and infrastructure in commoning processes. She discussed the term of the commons as a means of relationship (Virno, Negri/Hart, Harney/Moten), and referred to the concept of „affective infrastructures“, as proposed by Lauren Berlant. For her, the process of commoning of infrastructures both involves the network infrastructure as a commons, and the commons (affects, desires, habits) as conceptual infrastructures. This double side of infrastructural commons means that they help building communities, while in the same time are realising a common desire. Daphne Dragona introduced several artistic positions in the field along the lines of community networks, feminist / queer technologies, and technologies of kinship. She highlighted four aspects of commoning in artistic practise: first, the importance of commoning as a practise, which is often against the logic of the artwork in its involvement of other parties, and the relations being built across difference and constraints. Second: these practises always embrace communication of knowledges, in the form of exchange, shared learning situations, workshops, etc., paying attention to both the technological and affective dimension of commoning. Third: the role of care in commoning processes, the need to care critically, to care with and for each other, and also to care for the machinic and natural environment. The fourth aspect is the role of imagination: to common is always connected to imaginaries of a different world, of different infrastructures, and different relationships.

The next two days the research group was working in the plenary and smaller groups on topics of infrastructure. The introductions of the participants’ projects showed again a wide variety of practises of working with infrastructures: activist work with communities, artist run organisation developing their own infrastructure for their formats, alternative education initiatives, publishing, housing cooperatives and neighbourhood networks, and a fundraising organisation working directly with communal government. Important points in the discussions were questions of scale, closely related to problems of sustainability, care and temporality. Another topic was the need for translations between different publics, needs, interests, agencies and institutions, which was named “promiscuous API” during the discussion. These topics were further developed in three groups around the topics of 1) desires / imaginations and symbolic dimensions, 2) sustainability and resilience, 3) limitations and temporality – how to end things?

Two inputs followed the group discussions: the first from Alessandro Ludovico, who talked about networks as distribution infrastructure from the point-of-view of a publisher, highlighting the importance of infrastructure as a site of diverse practices (from circulation, hacking, pirating, infiltration, to cooperation). The second input from theorist Lioudmila Voropai explored the relational dimensions of artistic practice in regard to institutional logic, which is often shaped by strategic political and economic discourses, and has a strong influence on artistic practices and self-understandings. In her talk, she developed a notion of aesthetics with a focus on institutions’ roles in top-down formulations of a new aesthetic paradigm, on the example of so-called “Medienkunst” (new media art). Both inputs touched upon the topic of institutions and their role as infrastructures for practices, but also desires.

After the two very intense days, it became apparent that despite the many differences in fields of practice, backgrounds, and approaches of the projects, all share an understanding that infrastructure and practices are co-constituting each other, and that this entanglement is a place for activists and/or artistic practices. This resonates some of the themes introduced by Goriunova in the first meeting. The concept of the commons is not a central reference for all of them, but especially the aspect of commoning proved to be a very fruitful concept for cross-disciplinary reflection.

Forms of Ongoingness, with Femke Snelting and spideralex

The Micropolitics of Publishing, with Eva Weinmayr

Ecosystems of Writing, with Michael Murtaugh